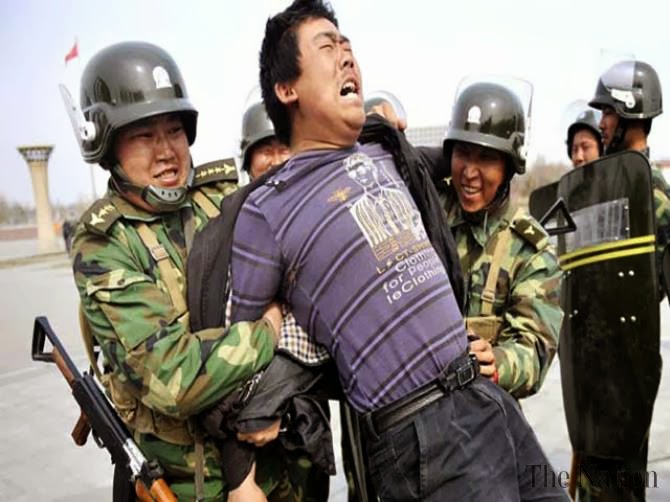 Beijing has pointed to violent incidents to indicate a rising militant threat among the ethnic minority, but information in the vast region is tightly controlled and Uighur organisations complain of cultural and religious repression.
Police in Xinjiang have "handled an increasing number of cases in which individuals have posted or searched for religious extremist content on the Internet", the China Daily said, citing an unnamed source in the Xinjiang Daily.
In the two months to the end of August, 139 people were arrested for "spreading religious extremism including jihad", it said.
Also citing the Xinjiang Daily, the Global Times said a farmer in Hotan was detained after he uploaded 2GB of e-books about secessionism which were read 30,000 times.
Dilshat Rexit, a spokesman for the overseas-based World Uyghur Congress, which Beijing calls a separatist group, said the claims were a "total distortion of the truth" aimed at blocking Uighurs from going online.
Those detained had "expressed discontent with Chinese rule and systematic repression in the area", he said.
China's goal "is to suppress Uighurs' use of the Internet to obtain information and express different points of view", he added.(Courtesy:Jihad Watch)
Posted by Unknown at 10:30