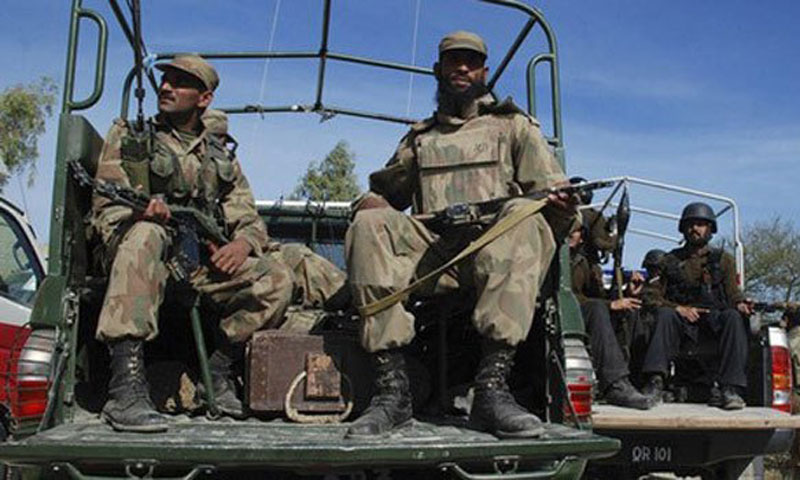 WANA/MIRAMSHAH |Dawn |01 jul 2013 :: A “mysterious” explosion near Wana killed four volunteers of an Amn Lashkar (peace committee) and wounded 15 others and a bomb blast claimed the lives of four soldiers and left 12 injured in Miramshah on Sunday.
Officials said volunteers of the Lashkar, formed to restore peace in the area by clearing it of Taliban militants, were chasing a group of suspects in the Tiarza area after a rocket attack on Wana when explosives placed along the road went off and hit their vehicle.
But local people said that security personnel had started firing and shelling after the rocket attack and the vehicle was hit by a mortar shell fired by them.
They said that one of the rockets fired from the nearby area dominated by the Mehsud tribe landed near the airport, another near a flour mill and yet another on a road. No casualty was reported.
The soldiers were killed when explosives went off on a road and hit an army truck which was part of a convoy going to Bannu from Miramshah.
According to the local people, a curfew had been imposed around villages along the main road in the area to ensure a “safe passage” of the convoy.(Courtesy:Dawn)
Posted by Unknown at 21:36