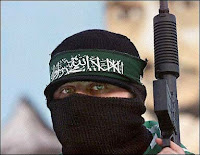 SRINAGAR |01 Jun  2013:: The police and security forces on Friday claimed to have killed Hizbul Mujahideen’s “divisional commander” Sajjad Yousuf Mir in a fierce gun battle in southern Kashmir.
Residents said that the police and the Army swooped on Wandena village of Pulwama district and zeroed in on a residential house. Soon an exchange of fire started which continued till late in the night.
Deputy Inspector-General of Police South Kashmir Vijay Kumar confirmed the death of one militant who, according to him, was identified as Hizbul Mujahideen’s top wanted militant Sajjad Yousuf Mir of Littar. The DIG claimed that Sajjad Yousuf was his organisation’s “divisional commander” and “financial chief”.
Recoveries of arms and ammunition --- one AK rifle, two pistols, one IED, five hand grenades and one under barrel grenade launcher --- suggested that Sajjad Yousuf was holding a high rank. [Courtesy: The Hindu].