AP | 15 Aug 2013 :: An explosion ripped through a stronghold of the Lebanese terrorist group Hezbollah on Thursday in a suburb south of the country’s capital. Thick black smoke could be seen rising over nearby buildings, and eyewitnesses said the blast shook the area.
Lebanese media reported that at least 13 people were killed in the explosion, which took place in the Rweiss district, a Shi’ite region that is one of Hezbollah’s bastions of support. A similar attack took placenearby in early July but did not cause any deaths.
Lebanese officials said the powerful blast was caused by a car bomb, which they estimated was planted by activists opposed to Hezbollah’s involvement in Syria’s ongoing civil war.
An Associated Press photographer saw at least two bodies and many wounded people at the scene. Lebanese TV showed a raging fire and thick black smoke from the blast, which set ablaze several cars. Dozens of ambulances rushed to the scene of the explosion and fire fighters were seen trying to evacuate residents from burning buildings. 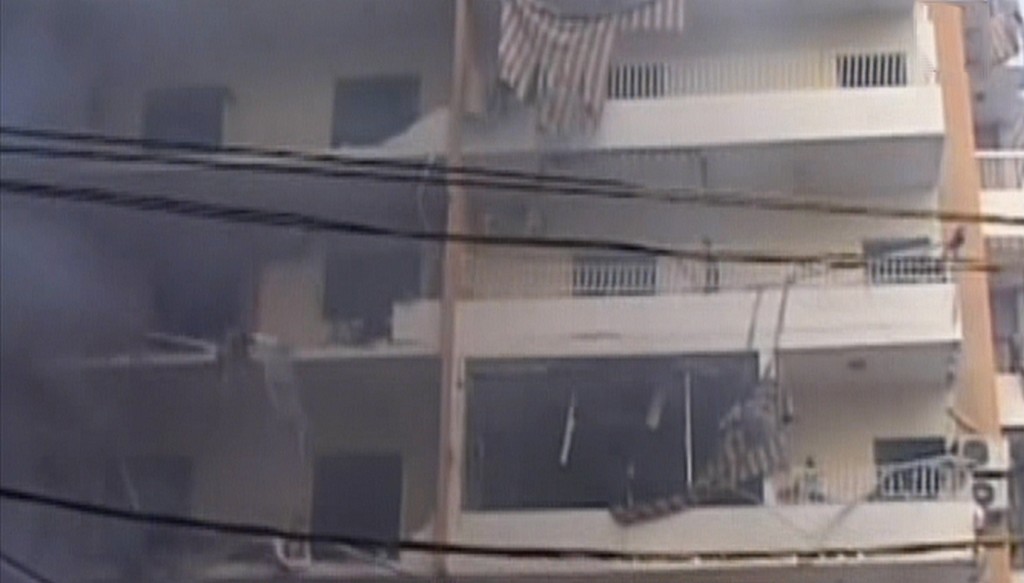 Last month, a car bomb exploded in the same south Beirut suburb, wounding more than 50 people, in an attack that what was widely assumed to be the handiwork of Syrian rebels.
In May, two rockets slammed into Hezbollah’s stronghold in south Beirut, wounding four people. The rockets struck hours after the organization’s leader, Hassan Nasrallah, vowed in a speech to help propel President Bashar Assad to victory in Syria’s civil war. In June, a rocket slammed into the same area, causing no casualties.(Courtesy:The Times of Israel)