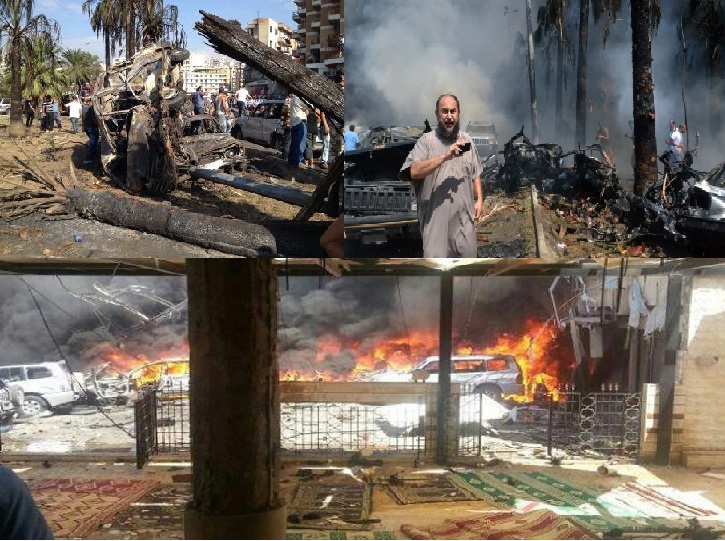 TRIPOLI | Lebanon  | 23 Aug 2013 ::  Twin car bombs exploded outside mosques in the northern Lebanese city of Tripoli Friday, killing at least 29 people, wounding over 350 and wreaking major destruction in the country’s second largest city, Lebanese Health Ministry officials said.
Footage aired on local TV showed thick, black smoke billowing over the city and bodies scattered beside burning cars in scenes reminiscent of Lebanon’s 1975-90 civil war
The blasts hit amid soaring tensions in Lebanon as a result of Syria’s civil war, which has sharply polarized the country along sectarian lines and between supporters and opponents of the regime of Syrian President Bashar Assad. It was the second such bombing in just over a week, showing the degree to which the tiny country is being consumed by the raging war next door.
Tripoli, a predominantly Sunni Muslim city, has seen frequent clashes between Sunnis and Alawites, a Shiite offshoot sect to which Assad belongs. But the city itself has rarely seen such explosions in recent years.
Friday’s blasts mark the first time in years that such explosions have targeted Sunni strongholds and were bound to raise sectarian tensions in the country to new levels. It was also the most powerful and deadliest in Tripoli since the end of the civil war.(Courtesy:Times of Israel)